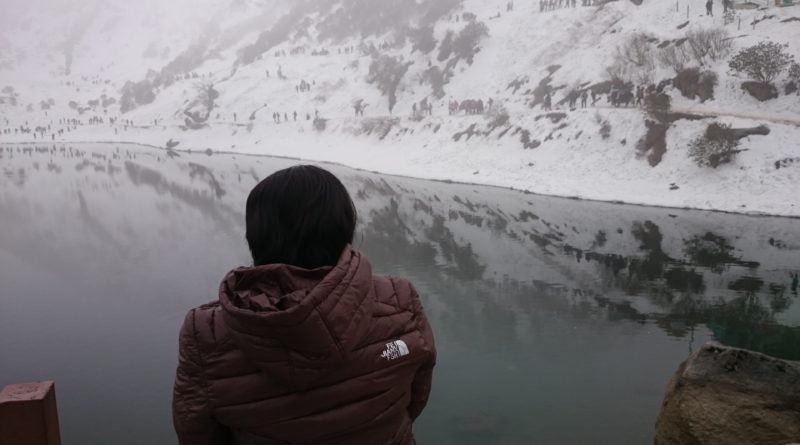 The Tsomgo lake also known as Changu Lake is a glacial lake located in East Sikkim, some 40 Kms away from the Capital Gangtok.It is located at an elevation of 3753m (12,313 ft), the lake remains frozen during the winter season.The lake reflects different shades of colors with the change of season and so it is most popular among people.

As a budget traveler I had booked half day trip to Tsomgo Lake from Gangtok on sharing basis through one of the tour operators on the M.G Road. You can also book Private tour to Tsomgo lake which is too costly for people like me. The Changu lake is located in restricted area owing to its proximity to Chinese border requires Protected area Travel Permit to visit Changu Lake which was arranged by tour Operator. 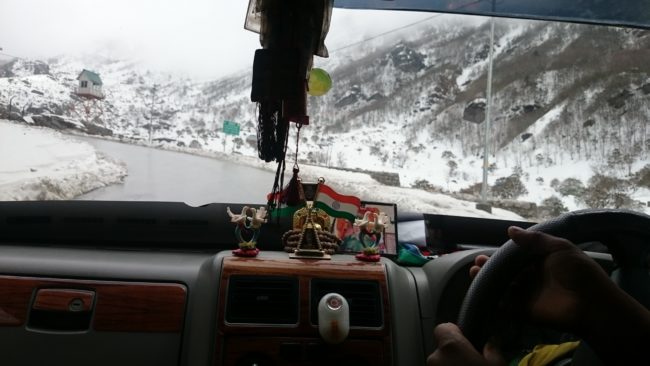 The Journey started with an excitement and adventure as it was going to rendezvous with history, since this was the Old Silk route before 1962.I had reached to Chandmari Taxi stand where Shared sumo with few other people was waiting to take me to the Lake. As the driver informed journey will take around 1.5-2 hours if road has no landslides. Often road blocks occurs and weather plays crucial role here, trip may get cancelled if weather is not in favor.So it is always wise to have eyes on Tsomgo Lake weather if you are planning a day trip to best tourist place in Gangtok. After approximate 2 hours reached the destination Tsomgo Lake[Changu Lake]. Initially I felt some nausea due to gaining altitude in very few Kms only. One should take care for altitude sickness while travelling to Tsomgo lake. 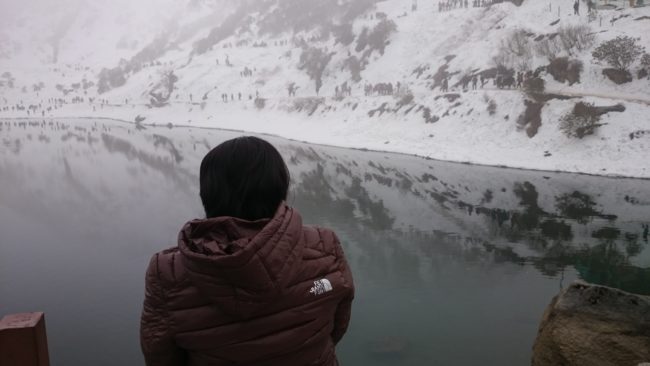 People are right, it holds eternal beauty. It is most serene lake I had ever been in my life. The beautiful lake water was reflecting the surrounding mountains holding its calm nature and I was admiring its beauty at its best. When I visited it in March, Lake was covered with snow white and so I decided to watch it from other side only. I was too scared to walk on snow. People were busy with riding the yaks to reach on the other side. In summer, you can walk through it as snow gets melted.

Also Read:Places to See in Gangtok in 2 days 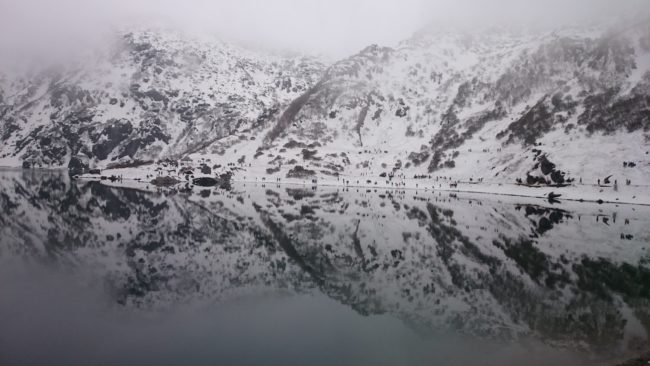 But I was happy I could witness the pure magical place. After spending some time, I headed to army canteen on the highway and ordered some coffee. If you want panoramic view of the lake, head to this canteen’s terrace.

While waiting for fellow travelers of my shared sumo, I decided to eat some Maggie at one of the cafes by the lake. After having Maggie plate, It was time to leave this surreal beauty and heading back to Gangtok with fond memories forever in the heart. 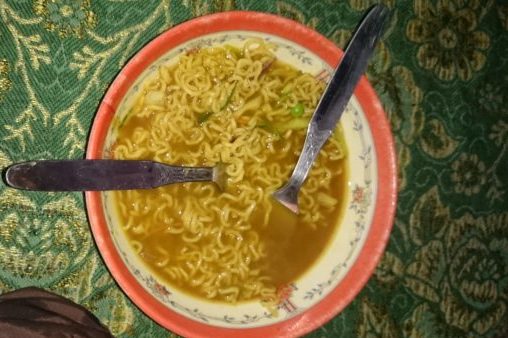 Taxi From my hotel to Chandmari Taxi Stand and Back: 300 Rs.

I always say , You can always travel on Budget 🙂 and this was all about awesome day trip to Tsomgo Lake Sikkim and Popular tourist attraction of Gangtok.If you like this Post pin it for later!! 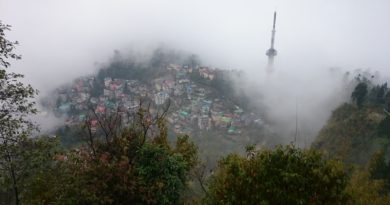