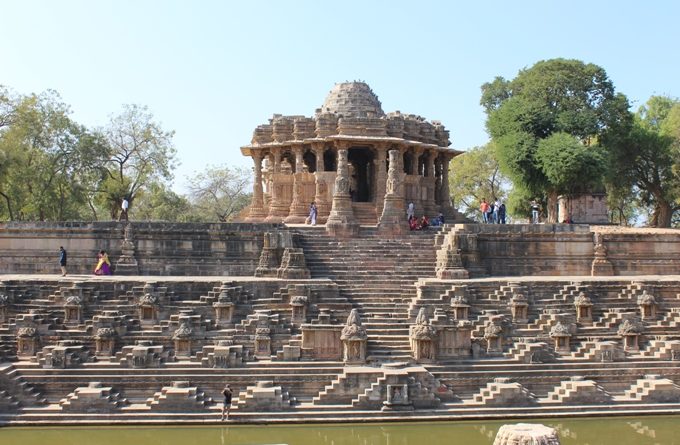 It was  a long weekend of December, we decided to visit Modhera and Rani Ki Vav,Patan as our last trip of the year 2017.Though located in my own state Gujarat, I couldn’t make a visit to Sun Temple Modhera,Gujarat known for its amazing architecture but this time I had decided I will make it happen.

After catching an early morning train to Ahmedabad, we caught a bus toward Mehsana. As we reached Mehsana, I was amazed to see the intriguing carved temples from my bus window; and I imagined myself if these temples are so amazing then how beautiful the Sun temple Modhera could be!!

As we embarked on bus on a lovely winter day towards Modhera, it was about to be noon. We were passing through yellow mustard fields that were on both the sides of the road with cool winter breeze. I couldn’t take my eyes off from endless yellow and green site. 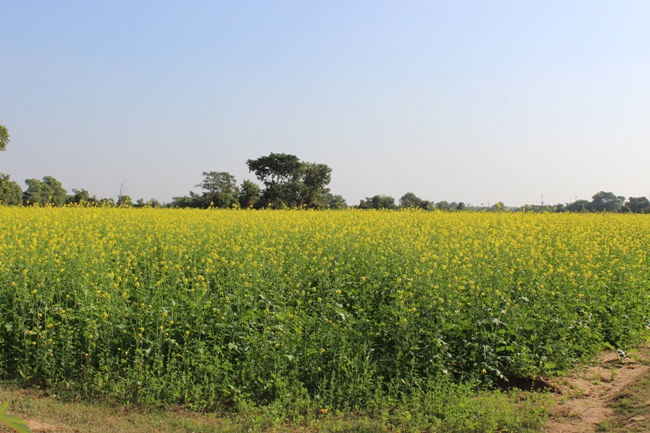 As far as everyone know, there is one prominent Konark Sun temple in Odisha,India but Sun temple in Modhera, Gujarat is also one of the significant temple dedicated to Lord Sun.

The Modhera Sun Temple is a Hindu temple dedicated to Lord Sun(surya) built by King Bhimdev of Chalukya dynasty in 11th century. One more interesting thing to know about the temple is that No worship or Pooja is offered as there is No idol of sun now in the premises.[The site is now maintained by ASI].

But the temple is so beautiful and well maintained place with manicured Garden area. If you are planning a trip to Gujarat, don’t miss this place.

The sun temple is located in Modhera village [25kms from Mehsana District] of Gujarat, India on the banks of river Pushpavati, built-in 1026-1027 A.D by King Bhimdev Solanki (believes to be worshiper of Sun God). The temple is built-in complex Maru- Gujar style. The surrounding area of Modhera used to be known as Dharmaranya (forest of righteousness) and the place was blessed by Lord Rama. As I entered to the temple complex, I was stunned with the architecture of the temple. The temple appears as majestic with grand structure. The temple is designed in a manner, so that the first rays of the Sun fall on the image of the Lord Surya.

There was a golden idol of Sun with Chariot in the temple and also there was chamber filled with gold. Due to the greed for gold, temple was plundered by Mahmud Ghazni and damaged the idols of Gods. As Hindus don’t worship the broken idols he decayed holy complex many times. Today temple remains in a ruin, but the architectural grandeur is not vanished and attracts lots of people.

While the Sun temple at Konark has been constructed on the wheels of the chariot, the sun temple has been constructed as per the layers of Lotus flower on sand stone. Every single inch of the structure is covered with the sculptural patterns of Gods, Goddesses, birds, beasts and flowers etc. As I walked towards the temple first on sight was Surya Kund. It is rectangular shaped step well like structure with steps which forms bathing arrangement. According to belief of Hindu religion one has to bath or clean the body before offering the prayer to the deity. Suryakund consists of 108 small temples which are in accordance with 108 lords name mentioned in hindu articles, mantras etc. The temples are dedicated to lord Vishnu, Ganpati ,Shiva and Shitala Mata (known for chicken pox goddess) and other small idols of vaishnav religion. After you cross the Suryakund or you can say after bathing in suryakund while going up, two large pillars can be observed. These pillars named as “kirti Toran” as it shows the sign of respect and glory won by state in that era. ‘Kirti’ i.e respect, prestige. 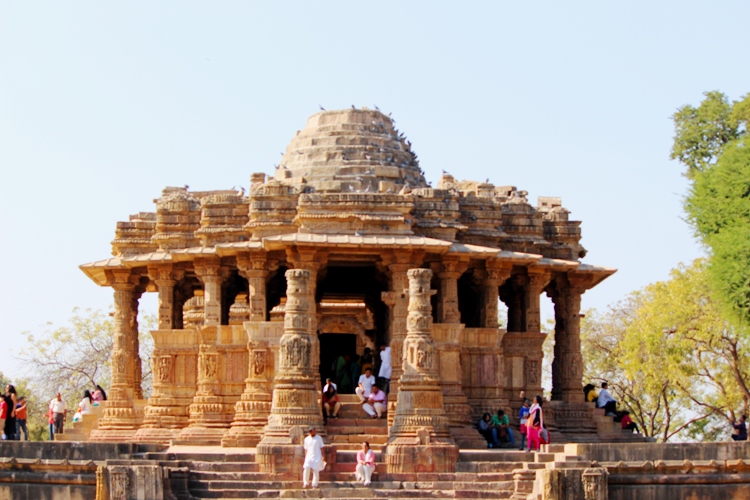 After passing through Kirti Toran, I entered in Sabha Mandap (court gallery). It is constructed on 52 poles. These poles are decorated and interactively carved with the incidents of ‘Ramayana’ and ‘Mahabharat’. The Gallery means the places where the devotees sing devotional songs with music and where all religious gatherings were performed. The 52 poles are constructed in accordance with spiritual sense of religion.

After crossing the Sabha Mandap, you will enter in the Main temple known as Guda Mandap or Garbh Gruh which was once house idol of Lord Sun. The hall is designed in such a way that idol gets first ray of the sun on equinoxes. The idol was plundered by Mahmud Gazni yet outer walls represent the Lord Sun riding his seven horses with 12 different facets of 12 months of the year. Many idols are in broken condition on the walls now. Each and every pillar and walls of the main temple contains carvings of the sexual and amorous acts which teach how to lead social life in reality from child-birth to death. This is simply engineering marvel which depict the glory of Gujarat in that era.

Modhera is well connected by Road with Ahmedabad. Ahmedabad to Modhera is 98 Kms. If you are coming via train, get down at Ahmedabad and take train to Mehsana. From Mehsana take short bus/auto ride to Modhera.

Alternately you can catch a direct Bus to Mehsana from Ahmedabad and then bus to Modhera; bus will drop you at Suryamandir Stop; it’s walking distance from here to the temple. GSRTC buses have good frequency to Modhera.

Modhera can be visited as day trip from Ahmedabad OR you can combine visit to Rani Ki vav at Patan along with Siddhpur[Victorian era town]. If you are planning to cover above places at slow pace, I recommend staying at Patan. Hotel Navjivan near Siddhpur Highway- 10-15 Kms from the city, is clean and comfortable budget stay option [INR 800-900/night] for a night stay. 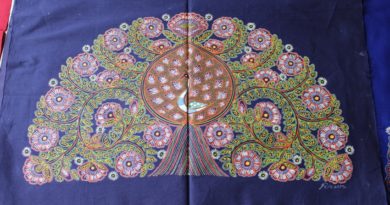 Art and Crafts of Kutch: Part 1 – Visit to Village Nirona 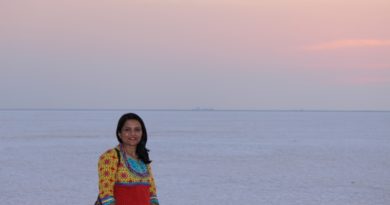 Rann Utsav: How to Plan a trip to White Rann of Kutch on Budget 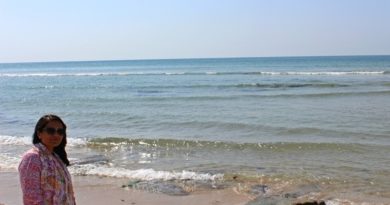 Dwarka Sightseeing in a Day