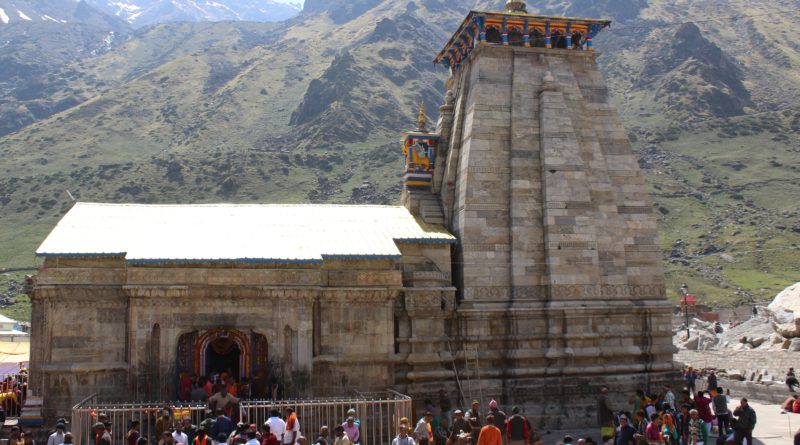 I visited Kedarnath in summer month of May with my mother. I am not much religious person but my inclination towards Himalayas and my faith let me to the places where I am not intended to go. After all it is abode of Lord Shiva. Kedarnath – One of the twelve jyortiling shrine of Lord Shiva is situated at the banks of river mandakini in Uttarakhand state of India. It is also one of the prominent sites for pilgrimage Char Dham yatra for hindus.

In the year 2013, kedarnath valley was devastated by the flood triggered by melting of Chorabari glacier. It’s nearly 4 years on, this  snow clad temple and town receives tourists and pilgrims during six months when temple remains open.The entire valley and the trek route which was 14 Kms long were completely damaged or you can say destroyed leaving thousands dead and several thousands homeless. Five years after the flash floods still its horrors continues to haunt the locals.  It was one of the worst natural calamity which shook the entire nation. The effect of flood is still tangible. The reconstruction work is still in progress in the temple complex.They have built wall beside the temple too. There are lots of rules now and place looks cleaner now. The town seems regaining its old charm slowly. It has now few hotels, lodges and eateries. The route from Sonprayag to Kedarnath is strictly monitored by authorities. They imposed registration of each pilgrim now at different centers starting from Haridwar to Sonprayag to trace the records of how many people are visiting the shrine. One can also do yatra registration online.

“I don’t want to recall that horrific moments. Let it be. How many people died and missing there is no exact figure. My lodge’s upper floor has been destroyed in the flood and I rebuilt it again. With the heavy heart he said that Government helped us with remuneration but that is not enough for the loss we had in our lives.” said the owner of the lodge that was destroyed in the flood and later rebuilt. All the buildings, shops were washed away in the flood by the river but the Kedarnath temple was saved because of a huge boulder which stopped it from being swept away. “Now the boulder has become god at the temple” as said by locals. The pilgrims now stop at the boulder to pray before stepping into the shrine. That could be coincidence that boulder stopped behind the temple but without the boulder temple wouldn’t be there. The locals have now accepted the disaster as divine anger and live with acceptance of the same. Earlier the entire route from Gaurikund to Kedarnath was dotted with thousands of mules, Palaquinwalas carrying pilgrims from across the country. The whole trek route was reconstructed in 2015 which is 21 Kms now one way. The route has been changed and renovated and longer than earlier.

I personally wanted to visit the shrine, but as like others I too was scared before the yatra as my mind was occupied with the horrible stories of the flood that happened 4 years ago. I just knew I want to be there and want to admire the peaceful Himalayas. And after reaching to the Kedar Valley; I just imagined how such beautiful place can be  haunted with the flood. I was heartbroken after seeing the hardships people went through there. Kedar Valley is the only source of income of the livelihood of the locals. The impact of devastation has increased the helicopter rides from Phata/Guptkashi to Kedarnath as now people don’t want to stay there for more time and it takes only 10 minutes to reach Kedarnath; also it gives ample time for visiting the temple within 2-3 hours.

Still there are many pilgrims who opt for the trek and depends on mules, palanquins or kandi to reach the shrine. The local Himalayan people’s introspection on life seems incredible as they have accepted the facts which impacted their life which changed everything.

The Mandakini River which seems calm at the Kedarnath was roaring at the time of the flood with gushing water around. The Ghats are made for bathing arrangements near the river. The small bridge is constructed over the river and after crossing the bridge you can enter the temple complex. My lodge owner said, Kedarnath, Rambara ,Gaurikund and sonprayag were worst affected places due to the flood. There were lodges on the trek route which washed away completely and locals who own are compensated with the few Lacs rupees but now they are not allowed for reconstruction over there due to government restrictions. Those families are now moved to Guptkashi for settling down there. So many things have been changed in the past 3 years. The GMVN has set up the cottages and the Government has set up small camps to help pilgrims where they are provided with sleeping bags for night stay. I talked with few media persons Present over there, he informed me “ we showcases live telecast of Kedarnath everyday”. The Chief Minister of Uttarakhand is rigorously monitoring the restoration work and he visited it today morning only. He also informed that all the establishments nearby to the temple will be removed and proper arrangements will be made for darshan at the temple. They are going to expand temple complex and may be add some facilities too.

I must say, Government is trying best but still there were some things which needs improvements. I had heard lot many people died due to lack of knowledge about AMS and other factors which they may face during the yatra. There were information centers at different places in Haridwar/ Rishikesh but still so many people losing their life due to their own negligence may be. I must say there should be bonfire facilities for the pilgrims at the temple complex. I came across few medical centers present over there equipped with doctors. Personally I took help for my mother’s treatment in relieving her back pain. It is really commendable job by them. I was also amazed that there were old age people who couldn’t even walk properly and wanted to visit the shrine. I don’t understand why they were neglecting their health and putting their life at risk?? And what kind of religious faith is this?

I know religious faith is still powerful to overcome all the difficulties of the journey and despite of the tragic memories, thousands of pilgrims still visit this revered holy shrine every year. Anything that remains is the beauty of the mighty Himalayas and the glory of the Kedarnath Shrine which gives ample reasons to visit it.

P.S This article is originally published on Firstpost

Rishikesh/Haridwar is the nearest railway station from Kedarnath 216 Kms away. You can travel to Guptkashi- town 30 kms before Sonprayag by Bus/Taxi and advised to break your journey at Guptkashi. No taxi is allowed ahead of this point and one has to reach by local jeep to Gaurikund for starting of the trek.You can reach to kedarnath by foot OR by mules/palanquins/ Kandi. The helicopter service is available from Guptkashi/Phata/Sersi. 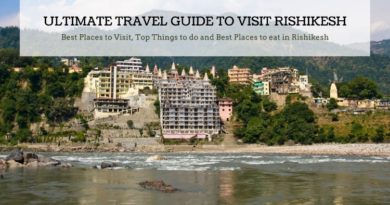 The Ultimate Rishikesh Travel Guide:Top Things to do and See 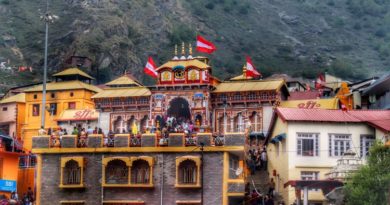 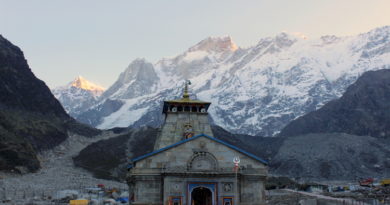 10 thoughts on “Kedarnath: Reviving old charm after the Disaster”