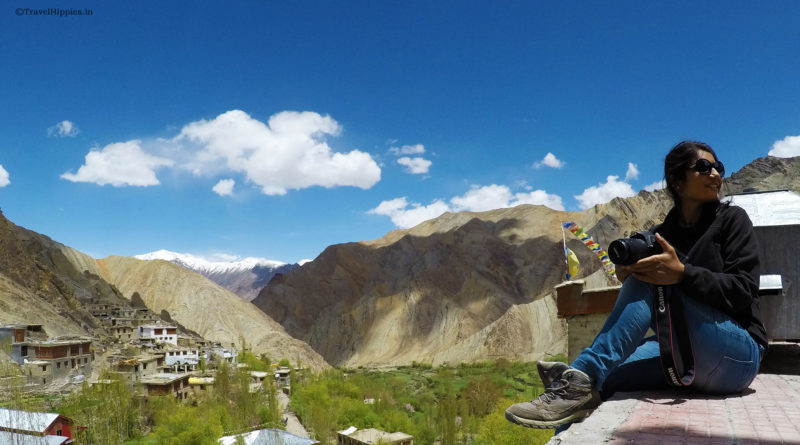 We are in the beginning of the journey of March 2018 here and all we know time flies so fast. I am so excited to post the experiences of fellow woman traveler Purvi kamaliya who is blogger at Travel Hippies .She loves travelling off the grid and her soul lies in mountains,valleys and discovering the essence of the places.

Hope you people can find her solo wander tales inspirational.Read more about her adventures here. “Koi saathi nai hai?? Akeli ho?”  the words that I often hear on the roads, in the lanes, around the corner of some riverside camps or in the lap of a mighty hill, are usually accompanied by the expression of worries and concerns. As the conversation continues, I suddenly turn into some mythical character for them, and then they say I am a brave girl on an impossible adventure. And this scene is played and replayed almost every day. Only the backdrop, set and characters change.

“Did you listen how she travels? I want you to travel like her once you grow up…” , an elated father of a young girl told her once we were done with a similar conversation. The family was from a small town of Gujarat and I hardly expected the father wanting his daughter to become nothing but a traveler, a solo female traveler!

So, however useless my ‘wandering’ seems to the society, it actually makes a lot of difference. Society just needs the courage and hopes that it can be done. It does re-frame the ‘Ideal Indian Mind’ from ‘akeli Ladki, Khuli Tijori’  to a ‘Solo Female Traveler, A Strong Woman’.

Since 2013, I have now traveled solo to all sorts of places in India; be it in a remote village in Rajasthan, a desolate Himalayan hamlet or a farm in Uttar Pradesh or Bihar. The schoolgirls whom I come across during my journey usually ask me if I don’t fear to be alone at night. I can see their eyes wide open when they hear a big ‘No’ from me.

Now, when I smile at such question, I really wonder if I was equally fearless ever since my childhood. And of course, my mind makes me realize, the process of transformation that solo travel has brought in me.

I do doubt myself a bit when I step out at wee hours or at late night to catch a train, but my gut can convince me not to give up. Irrespective of the place or time, I have always met very helpful people because of whom I have been fearlessly enjoying the beautiful journey. Hitchhiking in tractors, tourist buses, cars and bikes have been an essentially wonderful part where you can clearly claim that humanity is still alive. And with each lift I take, I make a friend that remains a friend for the lifetime.

One such miracle occurred when I was sitting all alone on a deserted road waiting for a vehicle, there was no one but an army man with a local helper in a small eatery named Indus café. My fear was increasing with every minute as the sun was moving down. Citing my fears, the army officer immediately asked the local, whose name was Rigzin, to call up somebody who could help me. In almost no time, he stopped an open vehicle that had a few vegetables, the driver was instructed to drop me to the village I wished to reach. And, after a few hours of drive along the gushing Indus, I saw some houses tucked on the hillside and the only way to reach there was a narrow pool.

The village wasn’t meant to welcome any travelers and had no guesthouse and nor did I need any. Singh sir, the army officer appointed at Darchik village, asked me my purpose of visit, “I wish to know more about the history and establishment of this village”, said I . After that started a never-ending conversation! He didn’t only help me connect with the knowledgeable people but also arranged my stay at teachers’ quarters, sent the best food considering that I am a traveler and might be longing for some delicious taste in the mountains where people are used to the bland flavour. I also met Sadiq Ali, the teacher at Darchik Government School who invited me to have a short conversation class with the kids. It was super fun as I taught some Basic English to the little kids, who in turn taught me their traditional dances, songs and a guided (Read privileged) tour around their village. Tons of selfies and pictures with those blue-eyed kids still form a major part of my phone’s memory card.

It wasn’t still a goodbye for us. The journey continued as Mr. Sadiq Ali took me to his home in Kargil which was located in one of the oldest establishments of Kargil. Being a local he and his family proved to be the best guides taking me to the unseen and unexplored places in Kargil which is usually nothing more than a war-field for the people.

And the journey is still on with just the addition of more people like them at different places.

Recently, I was stranded near Deogarh village as no autos or bus ran after sunset and the locals sitting there stopped a bike that could take me to my dharmshala at Deogarh. It was the interior part of Uttar Pradesh and I had recently read many cases, but the bikers were kind enough to assure me not to worry as they promised the other villagers to drop me safely. I was dropped right near the office of the dharmshala and the officials there were informed about my arrival. Then I was fed hot ‘fulkas’ and home cooked food by a neighbor there. I literally had tears in my eyes; I was feeling homesick till I reached there and now suddenly I had a loving family that wasn’t only concerned but also genuinely caring.

I also went on to celebrating Chhat Puja at a village in Bihar the similar way.

And such overwhelming stories of kindness and humanity can never be compiled even in a book.

Thus, I always tell everyone ‘solo’ travel has nothing to do with traveling alone and unattended. It just aims at plunging out of your comfort zone and trusting the strangers and forming the bonds of humanity. 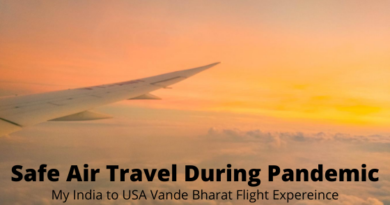 How My Marriage has helped Me travel more than ever before 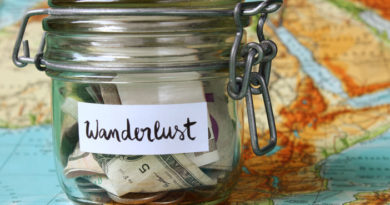 How to Travel More With Full Time Job

6 thoughts on “Venturing Off the Beat, Screwing the Myth – Purvi Kamaliya’s ‘Wander’ Tales”